English version of this page

It is a period when people from Norway, Sweden and Denmark traveled to other parts of the world on a large scale. With the help of sails and excellent sea-going ships, they established themselves as a political factor in Europe. It is also in this period that Norway is developing into a kingdom, influenced by the meetings between Scandinavian people and other societies and cultures. 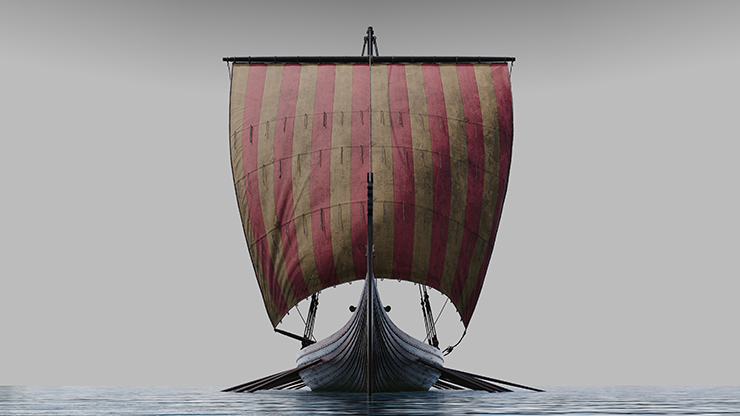 The Viking ships are the very symbol of the Viking Age and the Vikings' journey is a favourite motif both in the saga literature and in modern popular culture. People from Scandinavia travelled the world on a large scale. On the many journeys west, south and east, they met other cultures and societies and  they brought home riches and new ideas, while at the same time bringing their own jewellery, weapons and customs out into the world. The Vikings' travels and encounters with other cultures formed in many ways the basis for the great societal changes that took place in Scandinavia during the Viking Age. 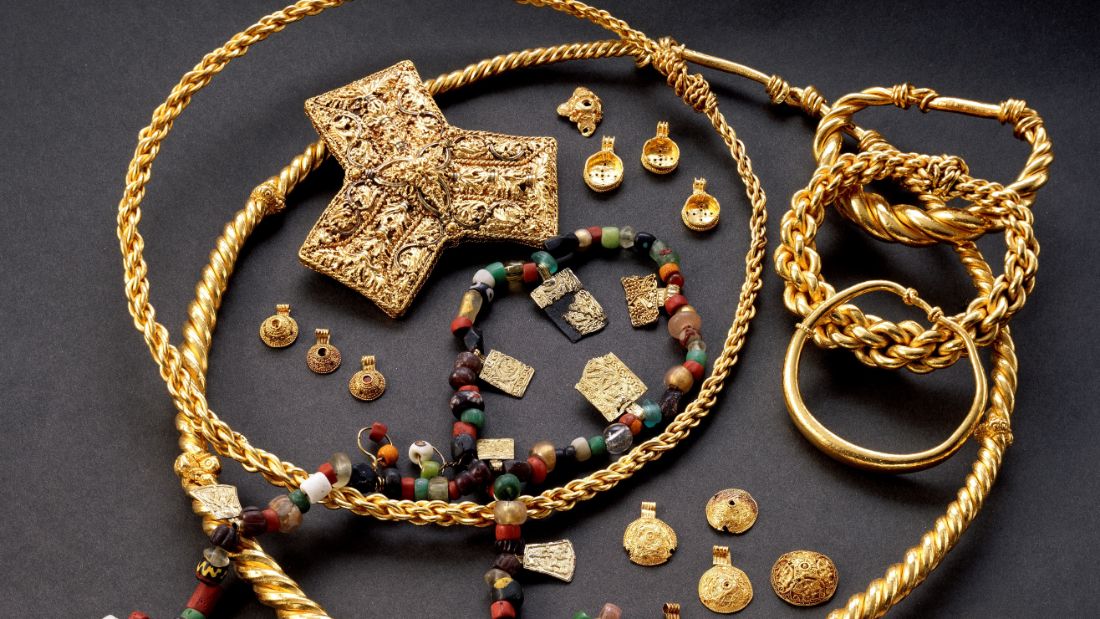 In the summer of 1834, a farmhand worked at Nedre Hoen farm in Viken. He was hired to help the farmer drain a bog on the property. During the digging of a trench, he got the surprise of his life when he dug up Norway's largest gold treasure from the Viking Age- the Hoen treasure. The treasure consists of a unique collection of valuables; large gold rings, Franconian gold jewelry, Arabic coins, colorful pearls, Roman antiques and an English ring. The treasure reflects the Vikings' travels and network; from the Caliphate in the east to the British Isles in the west.
This circular pendant is made of gold and weighs 14.65 grams. The pendant are decorated with a technique called filigree, were fine treads of gold are soldered to the plate. The pattern consist of elements both from Scandinavian animal style and Frankish plant ornaments, and the pendant were probably produced locally after Frankish fashion. 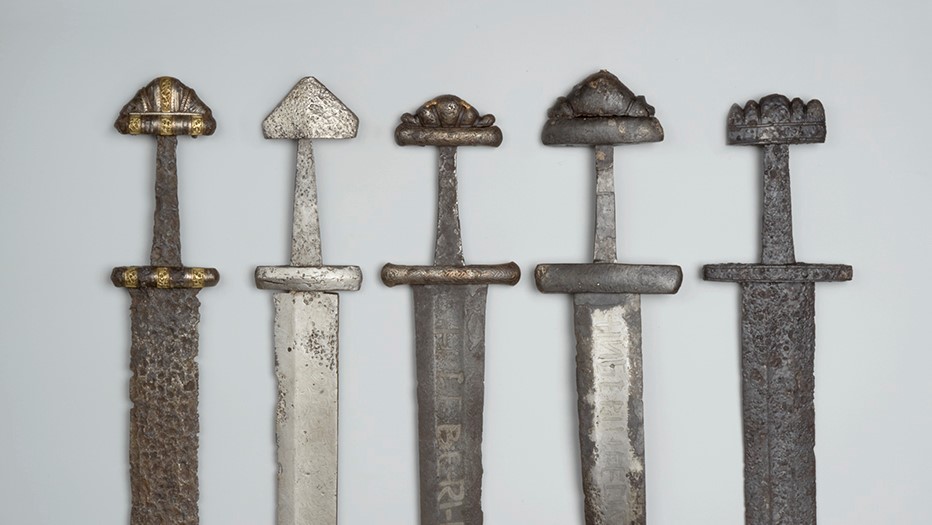 The weapons and war equipment from the Viking Age testify to a society where power and status belonged to those who were not afraid to use violence. The weapon- culture and the principle of the right of the strongest made the Viking raids possible and many were tempted by opportunities for wealth, high status and power - if they survived. There was no central state in the Viking Age, and people depended on the clan for protection. However, society was not lawless. The people of Scandinavia were concerned with individual ethics and morals. There were laws and rules, and a case could be presented at the Things to be solved. 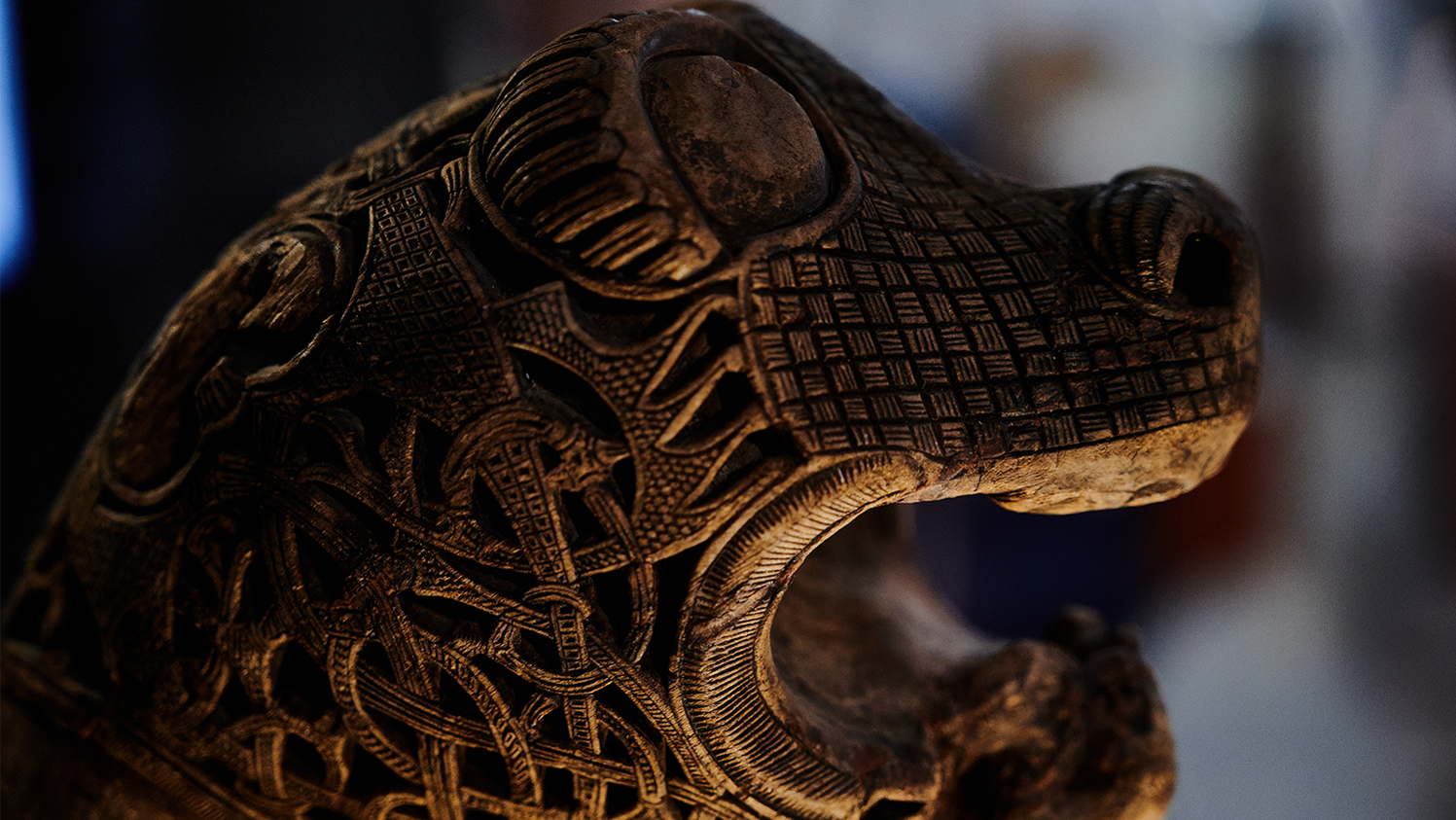 The Viking cosmology and religion was not a question of belief – the world simply was.  This included knowledge of how the world came to be, how it functioned, and how it would end at ragnarok. The Vikings believed that the humans lived in the middle of the world, gods and giants had their territories, but there were also other creatures such as elves, disir, huldres and dwarves. They lived in the forests, the lakes, the sky and in the soil and mountains. Some were helpers, others feared, and although they were rarely seen, no one ever doubted their existence. 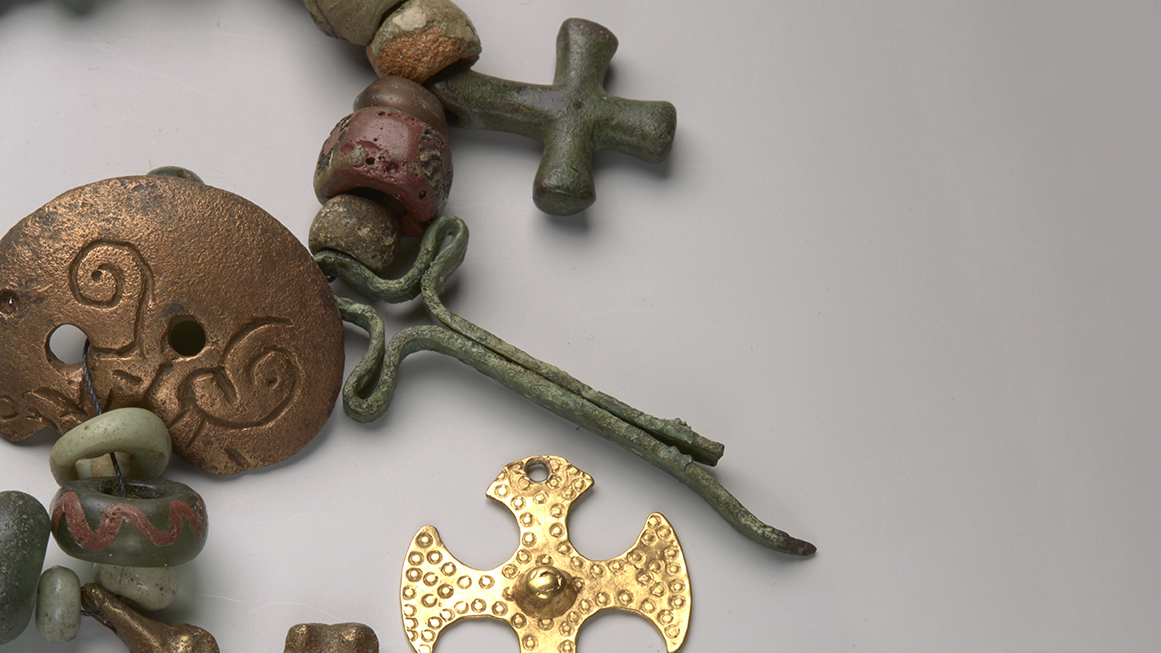 Through their many journeys, the Vikings encountered many Christians. Eventually,  some Scandinavians switched to Christianity, either out of personal conviction, or because this was important for alliances in trade and politics. At home in Scandinavia, politics and religion were closely linked, and kings and rulers used both coercion, violence and reward to introduce Christianity. Among most people, traditional religion and Christianity lived side by side for some time into the 11th century. 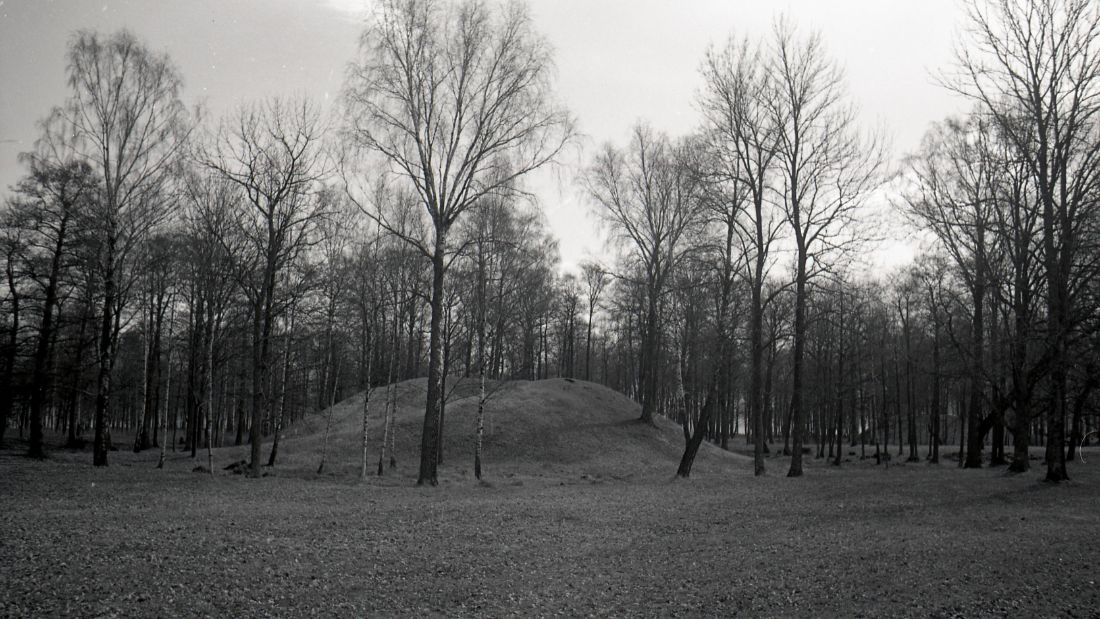 The Vikings buried their dead in many different ways. The grave itself could be anything from a large burial mound to no marking at all. The dead could be cremated along with burial gifts and ashes and remains laid in the grave, or the dead could be buried unburned. Often animals, especially horses, were laid in the grave along with the dead. In many graves, the dead put to rest in a boat or ship. This may have been intended as a vehicle for the deceased on the journey to the realm of the dead.